Posted by worldcolleges.info at 2:06 PM No comments: 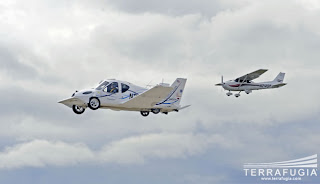 Imagine a car than can also fly. Well, it is a matter of just five years when you could see your fantasy becoming a reality.

A flying car, called the Terrafugia Transition, has already been given clearance in the US, and experts are hoping it could soon hit roads within five years.

The USD 250,000-vehicle is actually a two-seater light aircraft, which has a top speed of 185 kmph, a range of 800km on a tank of fuel and requires just 20 hours training to fly

The vehicle, which requires just 15 seconds to fold its wings and re-route power from the propeller to the rear wheels, can be driven at up to 100kmph and will comfortably fit in a standard size garage.

"It's like a little Transformer," Terrafugia founder Carl Dietrich was quoted as saying by the Daily Mail. 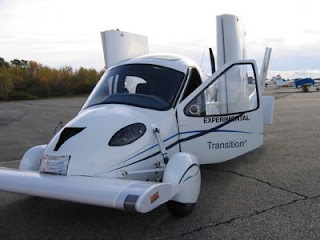 Although aimed primarily at buyers in the US where there are plenty of airstrips and 600 "fly-in" communities, about 20 Britons have already shown interest in the carbon-fibre vehicle.

Virgin boss Sir Richard Branson, who set a world record for a cross-Channel journey in an amphibious car, said: "What a great idea. I'd absolutely like to hear more and I'm going to look into it myself."

The US National Highway Traffic Safety Administration paved the way for the flying car to be rolled out after recently announcing exemptions to allow it on American roads.

The Civil Aviation Authority confirmed such backing meant it would be relatively easy to be granted clearance by the European Safety Agency, based in Cologne.


Features :
Handy
Once on the ground, the vehicle’s wings require only 30 seconds to fold. At the same time, the vehicle shifts engine power to the front wheels. 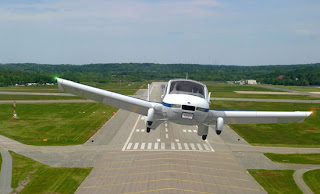 Gas Up
The Transition runs on premium unleaded automobile gas. Terrafugia estimates that it gets 30 miles per gallon, at standard highway speeds.
Storage
With its wings folded, the Transition fits in a single car garage.

Posted by worldcolleges.info at 10:12 AM No comments:


Posted by worldcolleges.info at 11:58 AM No comments: